Mstislav Dobuzhinsky was born into the family of an army officer in Novgorod. From 1885 to 1887, he attended the Drawing School of the Society for the Promotion of the Artists and between 1899 and 1901, he was trained by Anton Azbè and Simon Hollosy in Munich. In 1902, Dobuzhinsky started submitting his works to the exhibitions and joined the Mir Iskusstva. From 1907, the artist worked for Moscow Arts Theatre, created the scenic designs for Diaghilev’s productions, the Big Drama Theatre, Lithuanian State Theatre and Metropolitan Opera in New York as well he created drawings and caricatures for the comic magazines Zhupel, Apollon, Satirikon and others. In 1919, the artist became a director of Vitebsk Art School as well he taught together with L. Bakst at the private school of Zvanceva E.N. After the revolution, Dobuzhinsky was one of the curators at the Hermitage and read popular lectures on art. In 1920s, the artist got the significant success in creating the book illustrations notably for H.C. Andersen’s The Swineherd (1917), N.M.Karamzin’s Poor Liza, N.S. Leskov’s The Perruquier (1922) and Dostoevsky’s White Nights (1925). In 1924, Dobuzhinsky naturalized in Lithuania and left Russia. A year later, he worked for Riga Theater and in 1926-29, the Parisian Theater for N.F. Baliev’s The Bat. Between 1926 and 1929, the artist was a member of Parisian freemason’s lodge where he obtained the third degree. Dobuzhinsky created illustrations for Y. Olesha’s The Three Fat Men. Started from 1929, he became the leading artist of Lithuanian State Theater and in 1935, left for England with theatrical company. From 1939, Dobuzhinsky lived in USA where he wrote the memoirs. In 1957, he created scenic decorations for the ballet The Prisoner of the Caucasus on music by A. Khachaturian at The Central City Opera, New York. He died in New York on November 20, 1957. 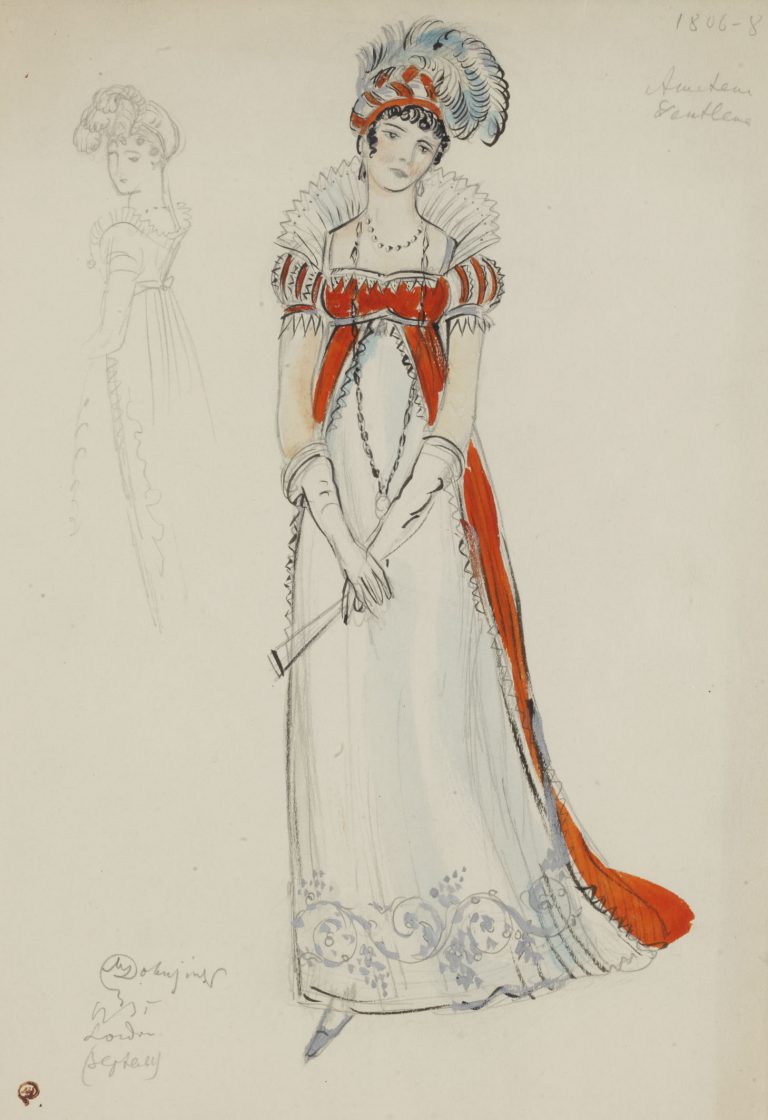 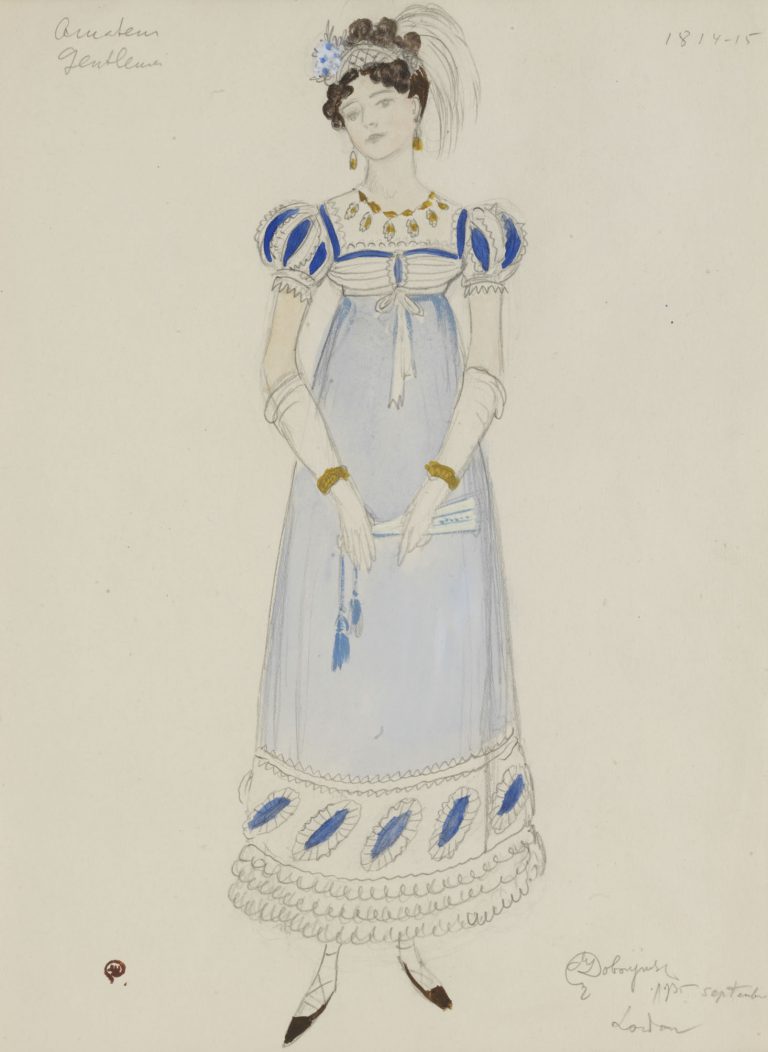 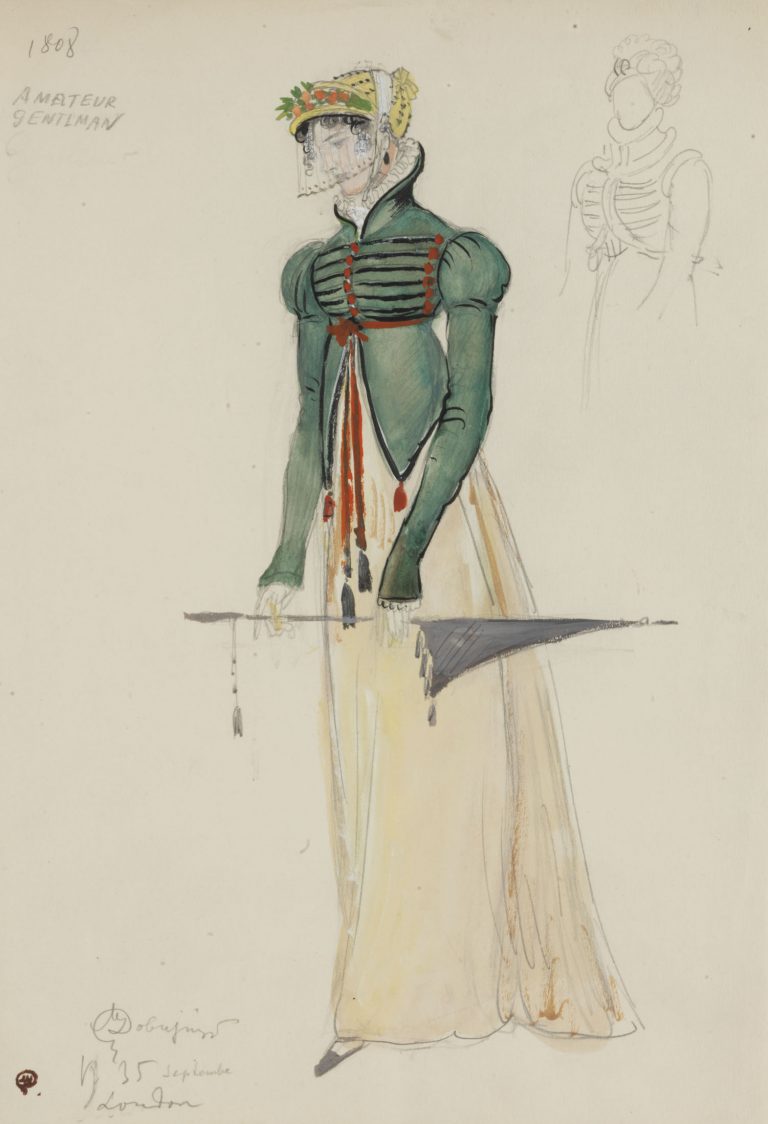 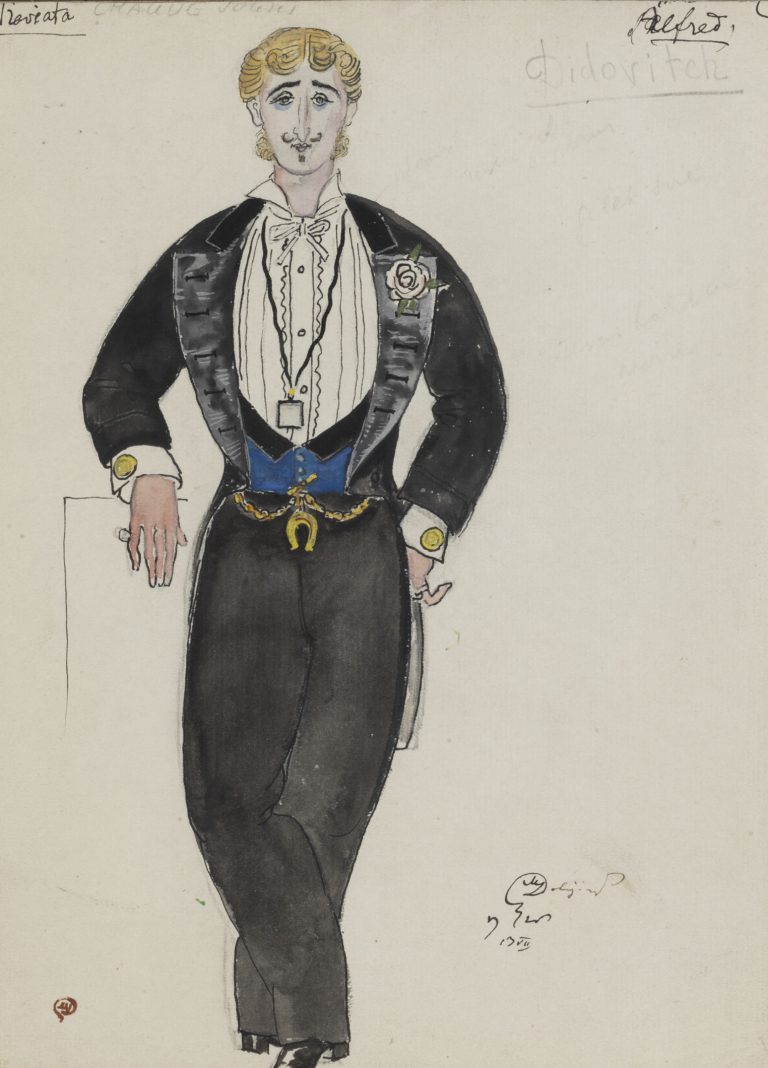