Franz Roubaud was a painter who specialized in battle subjects, the author of the largest and most popular panoramic paintings. He was born in Odessa in June 1856 in a simple merchant family who emigrated from France to Russia. From 1865 to1877 he studied in the Odessa School of Drawing founded by the Art Society. When Roubaud went to Germany in 1877 he entered the Munich Academy of Arts. He specialized in battle and panoramic painting during his study. He graduated from the Academy with success in 1883. Three years later Roubaud agreed to perform the order of the Museum of Tiflis to create series of paintings based on the history of Caucasian wars. His first panorama named “The Storming of Akhul’go Aul” was exhibited at the International Fair in Nizhni Novgorod in 1896. The artist was fully devoted himself to the Oriental theme. He frequently travelled to Caucasus and Central Asia to create new and new paintings. In 1904-1912 Roubaud taught at the Academy of Arts and was a head of the battle painting studio. During this period he got the title of academician and became the active member of the Academy of Arts. The last panorama “Borodino Battle” created by the famous artist is located in Moscow on the Kutuzovsky Prospect. This picture dedicated to the heroes of the battle demonstrates the exceptional artist’s talent. It became his greatest art work. Franz Roubaud never went to Russia when the revolution happened in 1917. He settled in Munich and died there in 1928. 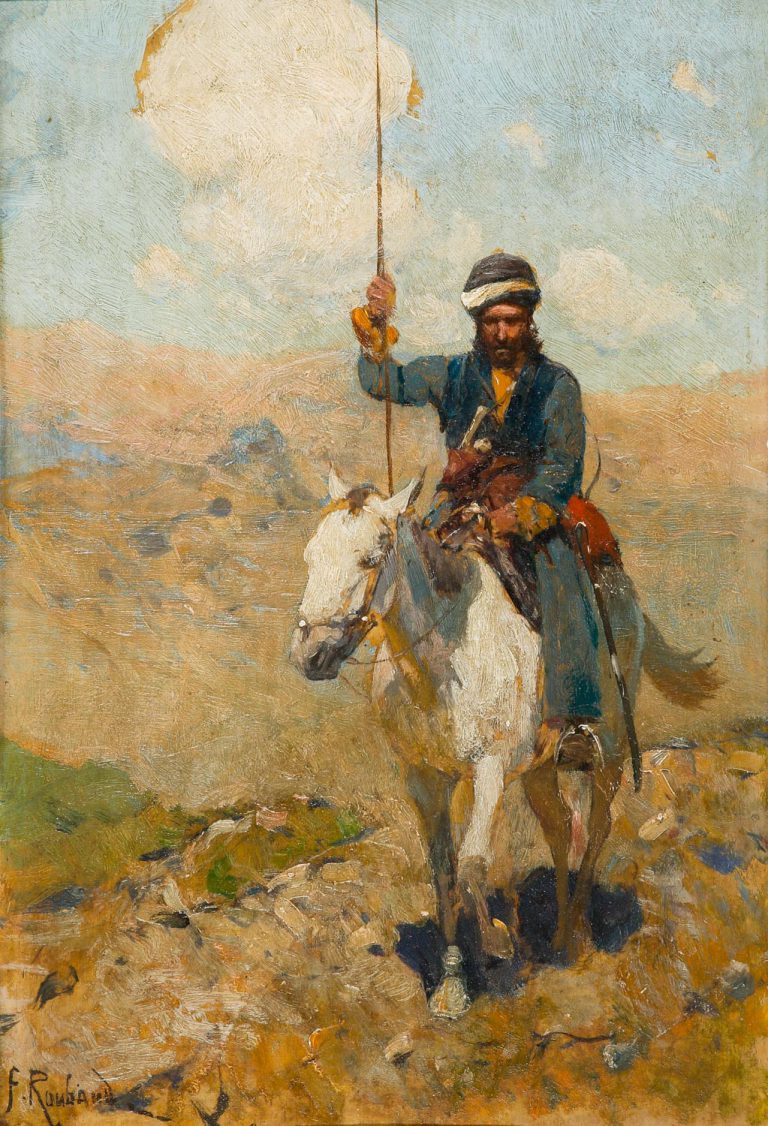 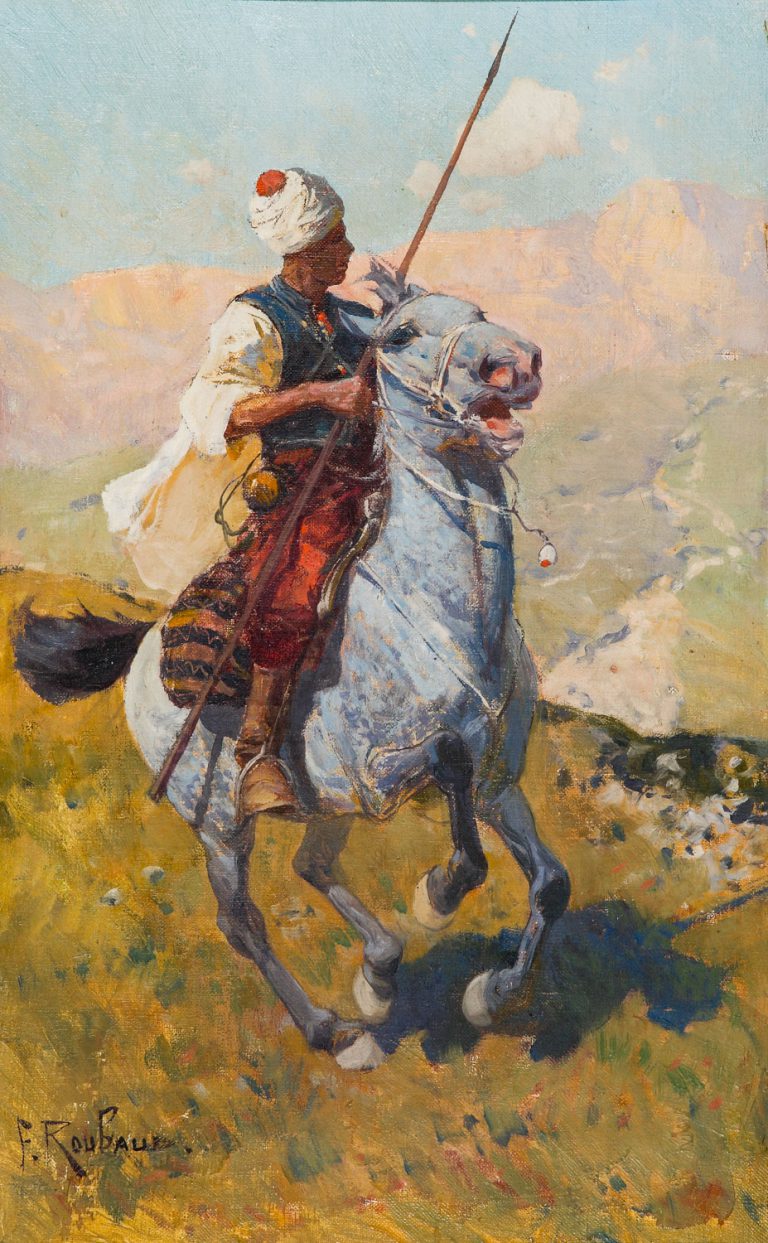 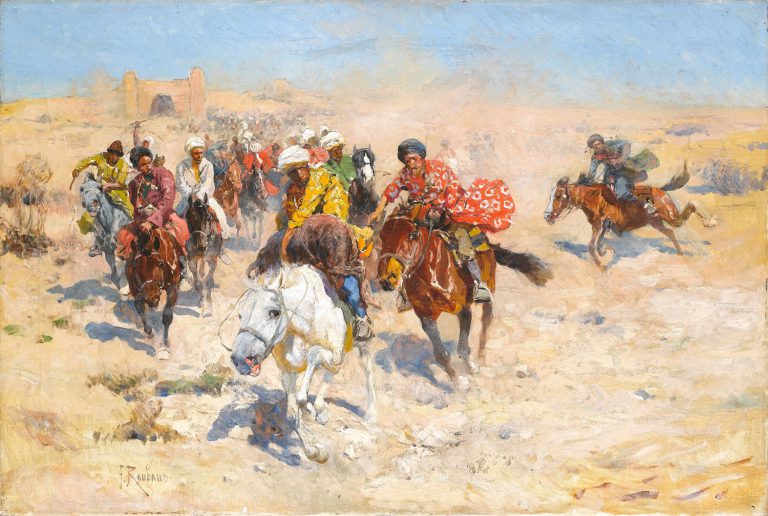 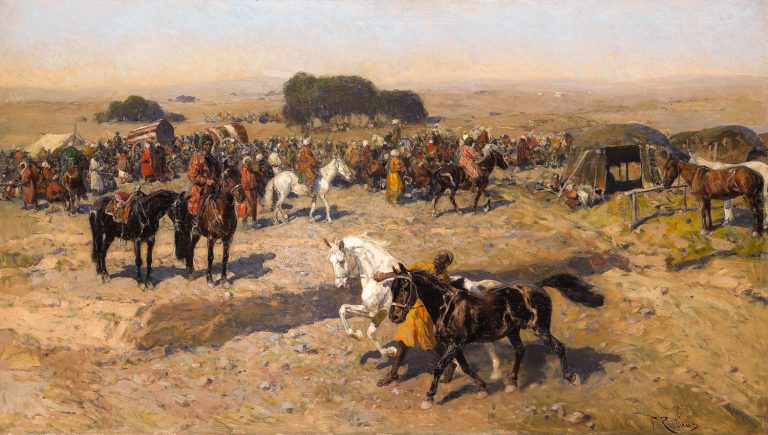 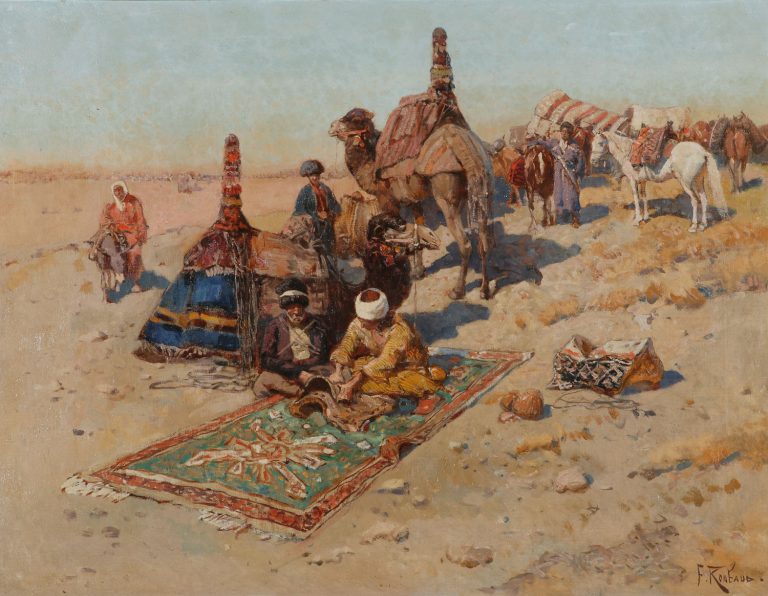 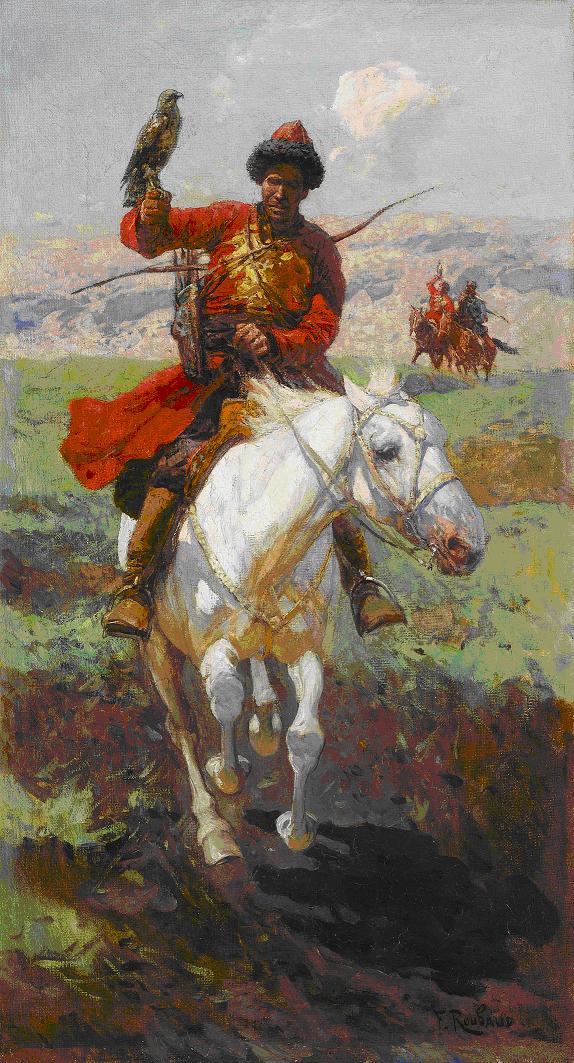